Home › Stories › Visit Churchill for the Experience of a Lifetime

If you've ever wondered what it might be like to experience an eco-tourism vacation of a lifetime, then Churchill, Manitoba, Canada is a must-see destination. Located along Manitoba's 1400 km coastline on the Hudson Bay, Churchill is the meeting of three major biomes: marine, boreal forest and tundra, each supporting a variety of flora and fauna. In addition, Churchill is most famous for the many Polar Bears that move toward the shore from inland in the autumn, leading to the town's nickname "Polar Bear Capital of the World". If you're interested in exploring more than just Polar Bears, you can experience Beluga whales, arctic birds and owls, arctic wolves, and the rich history of Inuit, Chipewyan, Swampy and Cree tribes that have long inhabited the pristine area.

About half of the population is Caucasian and the other half are Aboriginal, mostly Chipewyan and Swampy Cree. A minority is composed of Inuit natives. Hunting, trapping and fishing is still an important activity to most of these men; although there are some summer trails, snowmobiles, are their main way of transport. Nearby is the Eskimo Museum, with over 850 high quality Inuit carvings on permanent display.

The exhibits include historic and contemporary sculptures of stone, bone, and ivory, as well as archaeological and wildlife specimens. Parks Canada visitor centre also has artifacts on display and makes use of audiovisual presentations of various topics involving the region's natural and archaeological history.

Churchill has a history steeped in rich history and tradition. A variety of nomadic Arctic people lived and hunted in this region. The Thule people arrived around 1000 A.D. from farther west, and later evolved into the present-day Inuit culture. The Dene people arrived around 500 from farther north. Since before the time of European contact, the region around Churchill has been predominantly inhabited by the Chipewyan and Cree cultures.

After an abortive attempt in 1688-89, in 1717 the Hudson's Bay Company built the first permanent settlement, which was a log fort a few miles upstream from the mouth of the Churchill River. The trading post and river were named after John Churchill, 1st Duke of Marlborough, an ancestor of Winston Churchill, who was governor of the Hudson's Bay Company in the late 1600s. The fort was built mostly to capitalize on the northern trade, out of the reach of York Factory. It dealt mainly with the Chipewyan peoples living north of the boreal forest. Much of the fur came from as far away as Lake Athabaska and the Rocky Mountains.

Today, the great presence of Polar Bear has made Churchill The Polar Bear Capital of the World. Each October and November, the town braces itself for an influx of 8000 tourists who flock to Churchill annually in a six-week window of opportunity that has become known as the Polar Bear migration.

Tourists can safely view polar bears from specially modified buses known as tundra buggies. October and early November are the most feasible times to see the polar bears, hundreds of which wait on the vast peninsula until the water freezes on Hudson Bay so that they can return to hunt their primary food source, ringed seals. Whether you're looking to experience an ecotourism adventure among Polar Bears, Beluga Whales, or just sight see the magnificent Hudson Bay - let us make it a lifetime experience.

Need more information on Visit Churchill for the Experience of a Lifetime? Talk to one of our Canadian travel Insiders who'd be happy to answer all your questions. 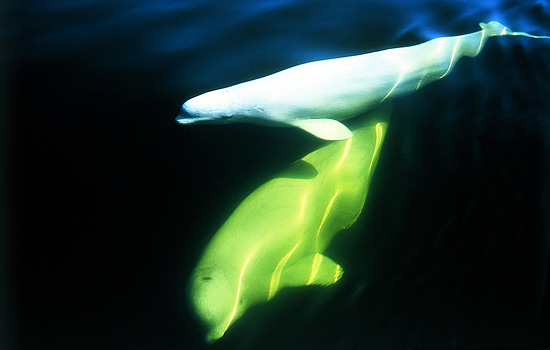